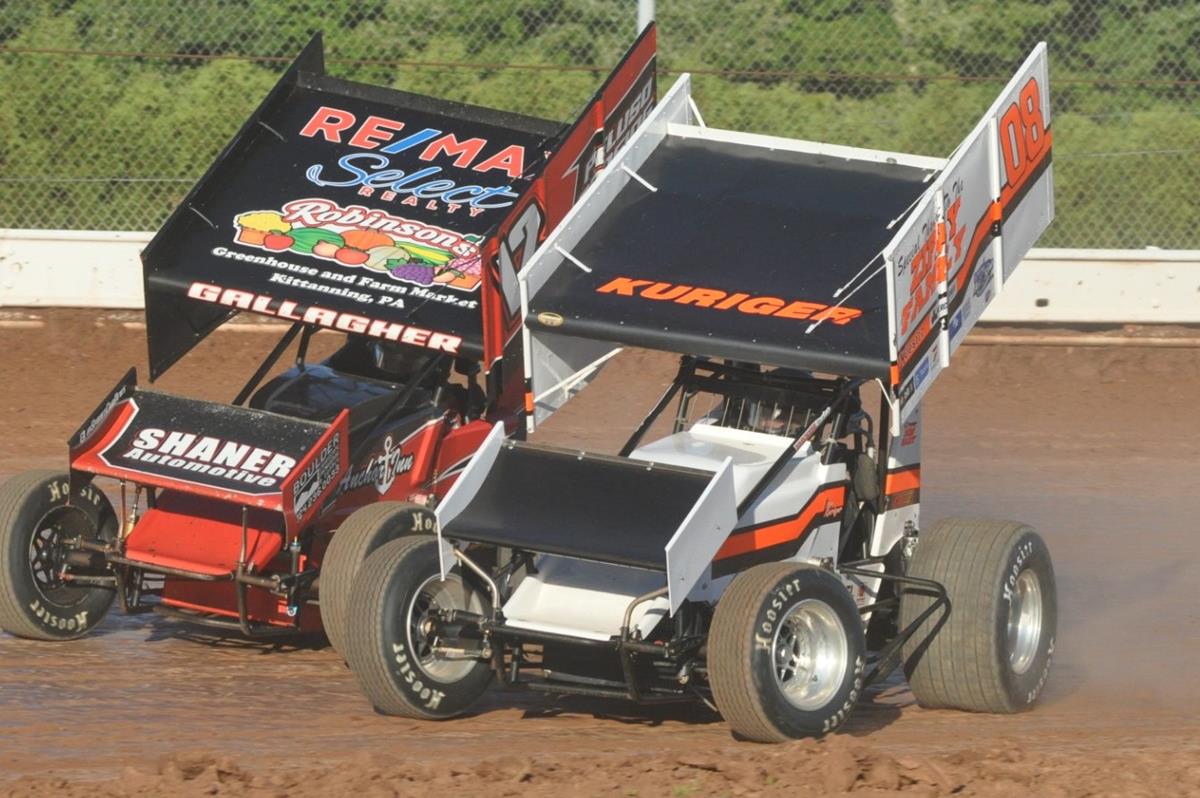 Bill Kirila was one of the owners of Sharon along his brother Ron and the Blaney and Weller Families when the track changed ownership in 2002. Kirila of Brookfield, Ohio passed away after an extended illness on June 23, 2006 at the age of 68. He was a graduate of Brookfield Ohio School and went on to become the Vice President of Kirila Contractors.

The "410" Sprint Cars will race for $3,000 to-win Saturday in the final non-sanctioned show of the season. After Saturday night, the final "410" events will include the All Star Circuit of Champions on September 2-3 for the return of the "Sharon Nationals" and the World of Outlaws on September 24.

Five "410" events have been completed in 2022. Cap Henry won the opener over the 41-car field of All Star Sprints on April 30. A.J. Flick ended more than a three-year dry-spell by capturing the June 4 Western PA Speedweek event over the 33-car field. Christopher Bell won for the third time in All Star competition at Sharon bagging the Ohio Speedweek show on June 14 over a strong 42-car field. Flick added his season's second win on June 25. And most recently, George Hobaugh charged from the ninth starting spot to win last Saturday night, which was the 700th all-time "410" race run in the track's history, to become the fourth different winner in five races. The Sprints will group qualify to set their heat race lineups.

Summit Racing Equipment will present the hard charger award on Saturday night to the Sprint Cars. The driver that passes the most cars in the feature will receive a $100 Summit gift card. In the event of a tie, the tiebreaker will be the driver that finishes highest in the feature.

The Gibson Insurance Agency Pro Stocks will be competing in their sixth race of 2022 on Saturday night. In their June 18 opener, McGuire returned to prominence as he ran his famed high line around the fence to pass 32-time Sharon winner Steve D'Apolito for the victory. On June 25, Curt J. Bish stole a win away from 70-year-old Larry Kugel with a turn four, last lap pass for the 2019 and 2021 champion. On July 19, Chris Schneider led all the way unchallenged for his 16th career win at the track. Bish picked up his second win of the year and second $10,000 "Steel Valley Pro Stock Nationals" victory topping a 52-car field on July 16. Last Saturday night saw Bobby Whitling end a winless drought of more than three years to become the fourth different winner in five races.

The HTMA/Precise Racing Products RUSH Sportsman Modifieds will also be battling in their sixth show of 2022. There have been five different winners in as many races with Tony Tatgenhorst, Justin Shea, Ben Easler, Garrett Krummert, and JC Boyer victorious. The wins for Tatgenhorst, Easler, and Boyer were the first Sharon wins of their careers, while Shea's ended nearly a five-year winless drought. Will there be a sixth different winner in six races on Saturday night!? Easler sits atop both the $3,500 to-win Hovis Weekly Series and $1,000 to-win Wedge Motorsports "Route 7 Rumble" Series points over two-time track champion, Kole Holden. Easler's lead is just one-point in the Weekly Series.

The Whelen Econo Mods round out the four-division show on Saturday night for their sixth race of the year as well. The Econo Mods joined the All Star Sprints at the April 30 opener, and it was Jeremy Double victorious. Five weeks later, Will Thomas III won for the sixth time in eight starts over the past two years in the division. On June 25, Garrett Calvert passed Gary Olson to score his first career Sharon win. Jacob Eucker ended nearly a three-year winless drought by capturing the July 16 main event. Double then became the first driver to double up as he led from start-to-finish last Saturday night holding off Thomas for his 18th career win. Double trails Brandon Blackshear by just three wins for the most all-time in the division.

Fans can not only experience viewing from the frontstretch and backstretch grandstands, but also from the infield fan zone. The fan zone, which includes a concession and restrooms, debuted in 2020 during the COVID-19 shortened season. Sharon is the only track in the area to have viewing from the unique infield perspective. There will be times throughout the night when fans can cross on the frontstretch back and forth.

The pits will be open throughout the afternoon with passes going on sale at 4 p.m., while general admission opens at 5. "410" Sprint group qualifying will be at 6:30 p.m. Racing will begin at 7 p.m.

The World of Outlaws Late Models will be returning on Saturday, August 20 for the "Battle at the Border" paying $10,000 to-win, and will be joined by the Whelen Econo Mods. Tickets are on sale at https://sharonspeedway.simpletix.com/