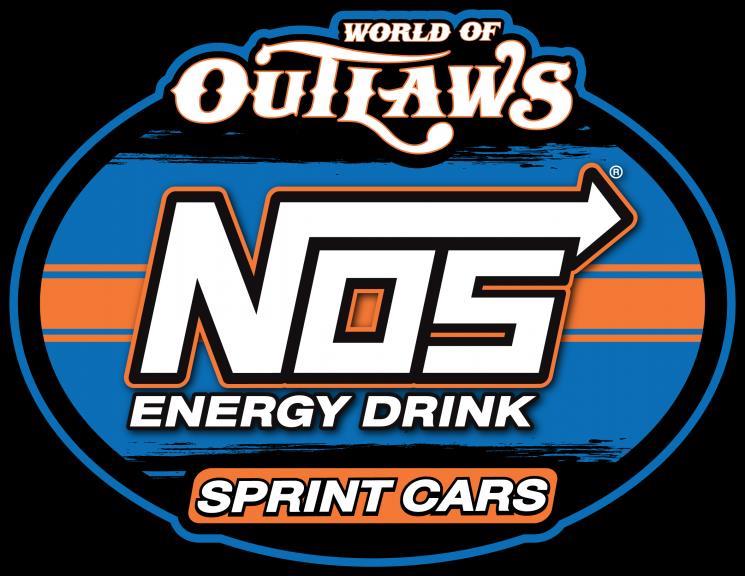 (Hartford, OH)…The World of Outlaws NOS Energy Drink Sprint Car Series are set to invade Sharon Speedway this Saturday night (September 24) for the 93rd anniversary season finale! The inaugural event will bring down the curtain on 2022 as the track looks to complete its 16th consecutive scheduled event. Joining the World of Outlaws will be the Gibson Insurance Agency Pro Stocks racing for $1,000 to-win in the "Fallen Drivers Tribute" presented by the Jasinski Family & Race-1. Warmups are scheduled for 6:30 p.m. with qualifying and racing to follow.

The World of Outlaws Sprint Cars were scheduled for two appearances in 2022; however, severe thunderstorms washed out the May 21 event. Prior to last year's thriller won by Dave Blaney in spectacular fashion over Sheldon Haudenschild, "The Greatest Show on Dirt" last appeared at Sharon on June 1, 2007 when the "King of the Outlaws", Steve Kinser, scored the victory. Kinser leads the way at Sharon with four WoO wins, while Danny Lasoski is the only other repeat winner with victories in 2002 and 2004. Besides Blaney, who owns 34 career "410" wins at Sharon, other single WoO winners at Sharon include Jac Haudenschild (2006), Jason Meyers (2005), and Joey Saldana (2002). Blaney's win last year was his 95th career WoO win, but first since 1997!

Cap Henry won two of the four All Star Circuit of Champions events this season at Sharon including the first one on April 30 then the most recent $12,000 to-win "Lou Blaney Memorial" on September 3. Christopher Bell topped the Ohio Speedweek event on June 14 and Brent Marks kicked off the "Sharon Nationals" by winning on September 2. A.J. Flick won three of the four $3,000 "Super Series" non-sanctioned events at Sharon this year, while George Hobaugh won the other.

The Mobile Bail Bonds "Bounty Hunter" bonus will again be in effect. The following local drivers are eligible for a $1,000 bonus if they win the feature or a $150 bonus to the highest finisher for competing in 75% of the "Super Series" events: A.J. Flick, George Hobaugh, Carl Bowser, Dan Shetler, Adam Kekich, Brett Brunkenhoefer, Brandon Matus, Bob Felmlee, Darren Pifer, Brent Matus, Dan Kuriger, Logan McCandless and Brandon Spithaler. While no driver has claimed the $1,000 bonus, A.J. Flick picked up the $150 bonus each night during the "Sharon Nationals" and Sye Lynch copped the $150 at the Ohio Speedweek event.

The Gibson Insurance Agency Pro Stock division will round out the two-division card racing for $1,000 to-win, $100 to-start in their ninth show of the season. The event will be known as the "Fallen Drivers Tribute" remembering racers that have recently passed away and will be presented by the Jasinski Family & Race-1. Curt J. Bish has been the man to beat winning three of those including the $10,000 to-win "Steel Valley Pro Stock Nationals" on July 16 as no other driver has scored multiple wins. Other winners include Chris McGuire, Chris Schneider, Bobby Whitling, Will Thomas III, and most recently Scott Stiffler. The wins for Thomas and Stiffler were both of the standouts first ever Pro Stock victories at the Hartford, Ohio 3/8-mile clay oval.

Summit Racing Equipment will present the hard charger award to the Pro Stock division. The driver that passes the most cars in the feature will receive a $100 Summit gift card. In the event of a tie, the tiebreaker will be the driver that finished highest in the feature.

There is no Sharon registration fee for the Pro Stocks. One-way driver radios are mandatory; channel 454.000. AMB/MyLaps transponders are required; rentals available for $25. If you have yet to register for the 2022 season, please bring the registration form with you completed http://sharonspeedway.myracepass.com/downloads/get.aspx?i=713060

Pit passes will go on sale at 2 p.m. with grandstands opening at 4 p.m. General admission for those 13 and over is $35 in advance and $39 on Saturday, while reserve tickets are $39 in advance and $42 on Saturday for all ages. Students 12 and under are $10. Advance and reserved tickets can be purchased at the following link: https://mpv.tickets.com/?agency=WRG_SNG_MPV&orgid=52711&pid=9024779. Reserved seats are the top five rows of all frontstretch grandstands. Patio and VIP fan suite seats are sold out. Pit passes are $45. As a reminder, coolers nor outside food or beverages are not permitted. Camping permits are $25 and can be reserved at the following link: https://www.simpletix.com/e/rv-trailer-tent-camping-tickets-98988